FREE SHIPPING on all orders over $75 (US Only)
Black Friday Deals Up To 30% Off + A FREE Mystery Gift! 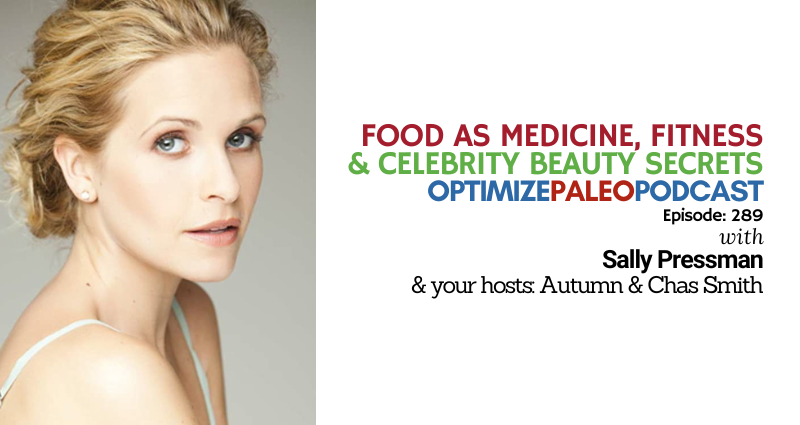 Actress Sally Pressman, (you may have seen her as “Roxy” from Army Wives or on Grey’s Anatomy, Younger, Good Girls, etc.) became one of them when she was diagnosed with Ulcerative Colitis in 2009.

Her doctor said medications were her only option, but after a few days of self-directed dietary change - her symptoms were gone.

I met Sally when I worked at the Tracy Anderson Method.

Her work ethic, kindness, and bubbly personality quickly made her one of my favorite clients and I am thrilled to share her beautiful soul and remarkable story in this week’s podcast.

We talk about all gut healing and the fitness and beauty secrets that made Sally one of Hollywood’s elite. Here are some of the highlights…

SALLY PRESSMAN is best known for starring as 'Roxy LeBlanc' for 7 seasons on Lifetime’s hit series 'Army Wives'. Recently, she recurred opposite Mae Whitman on the NBC dramedy ‘Good Girls.’ You can also find Sally on Disney Plus’s anthology series ‘Just Beyond’, AppleTV’s series ‘Acapulco’, TBS's hit comedy 'The Detour,’ Netflix's '13 Reasons Why,' and she recurred opposite Debi Mazar as ‘Malkie’ on the popular comedy 'Younger.' Her additional television credits include recurring roles on Shonda Rhimes' 'The Catch,' 'Grey's Anatomy,' 'Scandal,' and Jason Katim’s CBS drama ‘Pure Genius.’  In addition, Sally appeared in numerous comedies including HBO's 'Girls,' 'Man Up,' 'The New Adventures of Old Christine,' as well as dramas such as 'Once Upon a Time,' and 'Persons of Interest' among others. On the feature side, Sally stared alongside Dane Cook, Jason Biggs, and Kate Hudson in MY BEST FRIEND'S GIRL.

Thanks so much for joining us this week. Have some feedback you’d like to share or a question you'd like to ask? Email us at [email protected]!