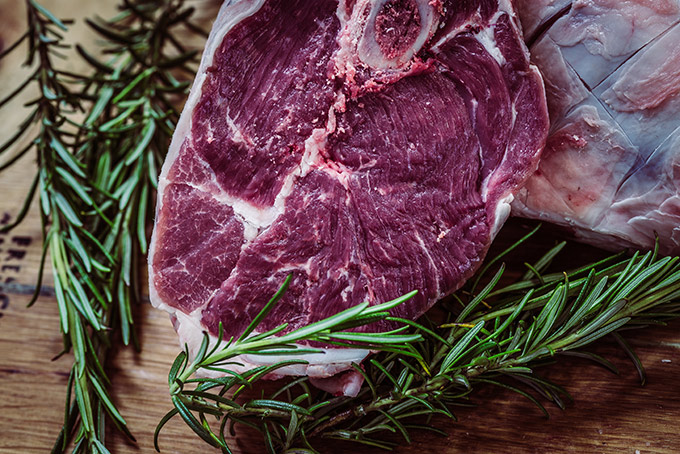 Does RED MEAT Cause disease?

We ALL saw the headlines in October 2015 when the World Health Organization (WHO) announced that processed meats like sausage and ham cause cancer and that red meat is also likely to be carcinogenic.

And most people took the headlines to heart.

In fact, we get TONS of comments on our Facebook ads for our 100% grass-fed beef sticks such as,

"Since when is red meat healthy?"

and my personal favorite...

"You should be ashamed of yourself for promoting a product that causes cancer."

And while I can't blame the well-meaning commenter, (because that IS what we've been taught) I do wish they were aware of the fact that these studies "proving" that red meat causes cancer (and other diseases) haven't actually PROVEN anything.

In fact, most of the studies current recommendations are based on are observational. In other words, researchers took a group of people and observed their food intake and disease risk from afar, rather than actually isolating or manipulating anything.

When this happens, causation cannot be determined.

It's like the fact that ice cream sales and shark attacks both increase in the summer.

These two events don't cause one another just because they co-occur.

Which leads me to my next point…

For example, you might eat a clean diet, more often, do exercise you love regularly, supplement strategically, use alcohol in moderation, pass on cigarettes and prioritize sleep.

By contrast, most unhealthy individuals engage in more than one unhealthy behavior.

Take me before my health revolution, for example.

I drank too much, subsisted on Sour Patch kids and Doritos, used wayyy too much caffeine, smoked, and thought sleep was a waste of time.

What does this have to do with red meat, you ask?

Because red meat has been demonized in this country for SO LONG, it is very likely those eating the most are more like I was (before my health revolution) than you (assuming you're implementing the recommendations from my emails!)

Which means they're engaging in risky behaviors like smoking, drinking excessively, and not exercising.

Therefore it's impossible to know whether the increased risk of disease is due to one, or all, of those factors combined.

A final reason that the studies “condemning” red meat are inadequate is that red meat QUALITY is never considered.

(In fact, 95% percent of the red meat consumed in America, is the inflammatory, conventionally raised kind!)

NOT a grass-fed steak with Brussels sprouts.

Fortunately, recent research has started to take quality into consideration.

All red meat is NOT created equal.

Given that our ancestors have been consuming red meat for thousands of years without developing modern day diseases, this should be fairly obvious.

But because we've all been misled by overzealous conclusions drawn from correlational research, it's easy to forget.

So the next time you wonder whether or not it's safe to eat a grass-fed burger or someone proclaims red meat causes diseases, I want you to share the following research...

1. A 2010 meta-analysis published in the journal Circulation (incorporating findings from over 20 studies) and 1.2 million subjects from all around the world showed NO association between red meat consumption and heart disease or diabetes.

2. A 2013 NHANES study showed that red meat consumption was not correlated with any cause of death including heart disease or cancer. Those eating the reddest meat also had less body fat, a lower waist circumference and were less likely to have high blood pressure.

4. Several randomized controlled trials (like this one) have shown that the paleo diet (which includes red meat) improves metabolic and cardiovascular health.

Moral of the story is...when studies are done well high quality (grass fed) red meat is only a food of interest because of its numerous health BENEFITS.

Grass-fed red meat has been shown to have more minerals, vitamins (A, E, K), antioxidants (glutathione) than conventionally raised beef.

It also has an ANTI-inflammatory fatty acid profile, whereas conventional beef can actually cause inflammation.

Dr. Felice Jacka, a researcher from Deakin University, also found that grass-fed red meat (beef and lamb) is the food MOST likely to protect you from anxiety and depression.

In other words, 100% grass-fed red meat will NOT cause disease but will likely help you:

So, ditch the fear of red meat and find yourself a high quality 100% grass-fed source so that you can eat your way to vibrant health.

And if you're like us and DEMAND the humane treatment and slaughter of animals, please listen to our amazing podcast with Dr. Temple Grandin or check out her inspiring TED talk, here.