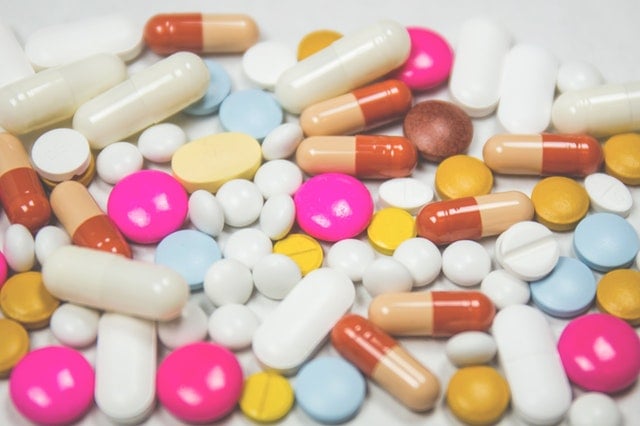 Are you taking this common violence-inducing medication?

This Makes Me So Angry!

Much to my surprise, there are literally HUNDREDS of documented mass shootings, homicides, and suicides committed by people taking antidepressant drugs. And while you may argue (like I used to) that it's because these people have a "chemical imbalance," I just read some fascinating research in the book Mind of Your Own by Dr. Kelly Brogan that suggests otherwise.

So if you're one of the millions of Americans taking antidepressants, (or know someone who does) please keep reading because your health (and life) just might depend on it. But first, let's cover a few bases.

Most people believe depression and other mental health issues are the result of chemical imbalances (like a serotonin deficiency) within the brain despite the fact that there has NEVER been a human study linking low serotonin and depression. Sadly, our collective belief that depression is caused by a serotonin deficiency has more to do with direct-to-consumer advertising by pharmaceutical companies than it does scientific data. But it gets worse.

According to Dr. Daniel Carlat, author of Unhinged...

"We have convinced ourselves that we have developed cures for mental illness...when in fact we know so little about the underlying neurobiology of their causes that our treatments are often a series of trials and errors."

Basically, what this means is that we are all guinea pigs.

And because antidepressants are often prescribed to people whose physical symptoms don’t result in a “normal diagnosis,” and kids, in addition to those who are depressed, I DO mean all of us.

Sadly, research has also shown antidepressants are often no more effective than placebo (no treatment at all) and that many times depression goes away on its own after one year. They've also been shown to cause permanent changes in the brain that can prolong and worsen depression. According to Dr. Kelly Brogan, antidepressant use, rather than depression itself, is likely the reason that depression is now the leading cause of disability  worldwide.

That's such an important point, I just want to say it again...

It's not necessarily depression that leads to disability, but perhaps the medication.

And as if that wasn't enough, as I mentioned in the introduction, they've been linked to suicidal thoughts and violent behavior in adults and kids. Especially kids. One pharmaceutical company was even fined for peddling SSRIs to doctors who treat kids, even though they were well aware of the connection and asked not to.

But perhaps the most important issue with using antidepressants to "cure" depression is that it never addresses the ROOT CAUSE. According to Dr. Kelly Brogan, though we cannot accurately say that depression is a serotonin deficiency, recent research has found that depression CAN be caused by something else that we have a lot of control over...

Yes it's true. Just like heart disease, cancer and pretty much every other modern disease, depression has inflammation at its root. And because 80% of our immune system resides in our gut and we eat three times a day, dietary change is a powerful way to reduce inflammation.

Which is likely why recent research conducted by Dr. Felice Jacka has also shown that dietary change can treat (yes, I said TREAT) depression! Even MAJOR depression. Even the researchers were amazed at the size of the effect.

The moral of the story?

Depression is not a disease or an antidepressant deficiency, it's a SYMPTOM.

A symptom of inflammation that can often be corrected through dietary change.

And because dietary change is simple, side effect free, risk free and comes with side BENEFITS, I hope one day it will serve as the foundation for all depression treatment. That’s my mission. I know I would have appreciated dietary intervention as a 15 year old on Paxil who couldn't keep her head off of her desk. I'm not saying it's a panacea, but it's an awesome place to begin.

(PLEASE note: I am not allowed to give medical advice, nor am I telling anyone to stop taking antidepressants. That is a HIGHLY complicated feat that MUST involved a qualified health practitioner. I also know that for some people, antidepressant are seem to help. All I am trying to  say is:

That's all. My only aim is to inform and empower. Not tell you what's best for you.)

So if you're ready to leverage the impressive and underutilized power of dietary change for better mental health, here are 7 ways to get the ball rolling…

One of the most influential risk factors for depression is high blood sugar. A 2010 study of over 65,000 women showed that those with diabetes were over 30% more likely to develop depression. Here's how you start:

It's also helpful to have your doctor test your HgA1C which will give you an average of your blood sugar levels over the past 90 days. Ideally it will be between 4.8 - 5.2. (anemia and dehydration can affect this). Your fasting glucose levels, are limited because they're a one-time thing, but should be between 70-85 mg/dl with a fasting insulin below 6.

Sensitivities (not allergies) to gluten and dairy can cause a host of psychiatric symptoms. One woman for example, was so psychotic that her family issued a restraining order against her. Once she eliminated gluten she was FINE. For some people, it's that powerful. So take 90 days (yes it takes 90 days for dairy to leave your system) and ditch them both to see what happens! I think you'll be pleasantly surprised.

Although dairy and gluten are two of the most problematic foods, other foods, such as garlic, eggs, and sugar can also cause inflammation for some people. Try an elimination diet for 30 days or find a qualified health practitioner and have an IGg test.

In a recent human trial 2 billion colony forming units of each: Lactobacillus acidophilus, Lactobacillus casei, and Bifidobacterium bifidum were found to reduce depression and markers of inflammation. So in addition to your dietary change, add probiotics to your supplement repertoire (and find them in foods like our 100% Grass Fed Beef Sticks containing over 1 billion probiotics per stick!)!

B12 deficiency is often an underlying cause of depression. Be sure to have a serum B12 test. Most of the time deficiency is defined as anything below 150-200 pg/mL but according to Dr. Kelly Brogan, you want to be above 600 pg/mL. Because levels of B12 in the blood are not always a perfect representation of levels in the brain or body, you'll also want to check levels of homocysteine and methylmalonic acid which are surrogate markers for B12. You can also find a wealth of B12 in our Grass Fed Organ Complex!

Vitamin D deficiency is also implicated in depression. You'll want your levels to be between 50-80 ng/mL. Most people are actually deficient in this critical nutrient, so supplementation is often necessary. It's also wise to monitor your zinc, magnesium and omega-3 fatty acid intake as they are other possible underlying factors.

6. Check your thyroid (and other biomarkers)

Depressed thyroid function can be at the root of your depression. Be sure your qualified health practitioner checks your TSH, free T4, free T3, reverse T3, thyroid peroxidase antibodies and thyroglobulin antibodies NOT just your TSH (like many of them do!).

Turmeric has been shown to outperform PROZAC in clinical trial, which makes sense given it's amazing ability to reduce inflammation. In addition to depression, turmeric has been shown to have many other beneficial effects on health in over 7,000 trials. Check with your qualified health practitioner to see if 500-1000 mg per day could work for you.

As you can see there are MANY areas to explore that actually address the root cause! My hope is that the above strategies make you feel empowered and put a smile on your face and a little pep in your step!