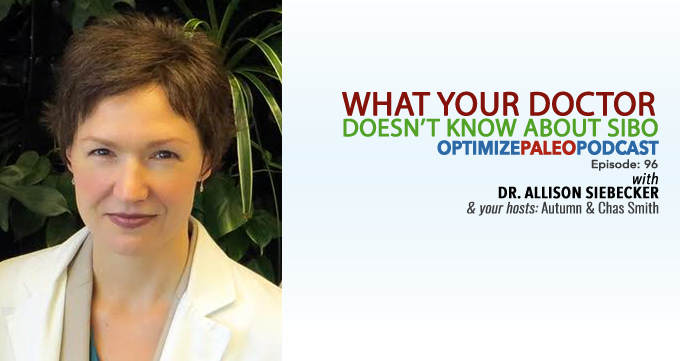 EP96: What your doctor doesn’t know about SIBO with Dr. Siebecker

What is SIBO and How Does it Apply to YOU?!

Allison Siebecker, ND, MSOM, LAC, has worked in the nutritional field since 1988 and is a 2005 graduate of The National University of Natural Medicine (NUNM), where she earned her Doctorate in Naturopathic Medicine and her Masters in Oriental Medicine.  She was the co-founder and former medical director of the SIBO Center for Digestive Health at NUNM Clinic and has specialized in the treatment of SIBO since 2010.

In 2005, 2013 and 2015 she received the Best in Naturopathy award from the Townsend Letter, for her articles: “Traditional Bone Broth in Modern Health and Disease”, "Small Intestine Bacterial Overgrowth: Often Overlooked Cause of IBS" and “SIBO: Dysbiosis Has A New Name”, just to name a few.

Here are some of the fascinating nuggets you’re in for: