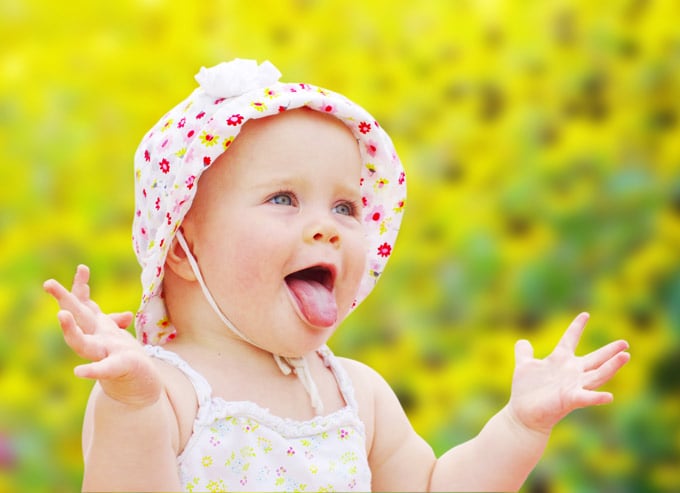 Childhood obesity is a staggering issue today. In fact, according to the Centers for Disease Control (CDC) in 2012 more than one third of American children are overweight or obese. Childhood obesity has also more than doubled in children and quadrupled in adolescents in the past 30 years. Fortunately, several recent studies published in the journal Pediatrics (2014) demonstrate that there may be a way to prevent this.

According to a New York Times article entitled, Childhood Diet Habits Set in Infancy, Studies Suggest, this package of studies investigated the diets of 1,500 children. It compared their diets from infancy to one year of age to those at 6 years of age. The results revealed that infant eating patterns appear to persist far longer than we once believed. In other words, the sooner we start being conscious of what our children are eating...the better. Here are some of the highlights from the article….

As a result, they suggest introducing children to fruits and vegetables by 10-12 months of age.

“Another study in the new series found that babies who consumed any amount of sugar-sweetened beverages were two times more likely to drink them at least once daily at age 6. A third study found that infants ages 10 to 12 months who were given sugar-sweetened beverages more than three times a week were twice as likely to be obese at age 6 than those who consumed none as infants.

To this, the article adds,

“It may not be obvious to parents, for example, that noncarbonated drinks with added sugar, like cranberry juice cocktail, should be avoided in the first year. Dr. Sohyun Park, a C.D.C. epidemiologist and the lead author of a study in the journal, noted that 27 percent of the infants studied had been fed sugar-sweetened beverages.

Finally, they encourage parents not to be,

“...deterred by an initial negative response.”

Research has shown that when parents continue to offer healthy options like fruits and vegetables, despite a child’s initial refusal, they will eventually conform. This is especially true when the parents model the healthy eating behavior themselves.

“Breast-fed infants are more accepting of new foods than babies who drank the same-tasting formula day after day, research has shown. A C.D.C. study in the new series found that children who were breast-fed were more likely to consume water (versus sugar-sweetened beverages), fruits and vegetables at age 6.”

I am happy that improving the diets of our infants has finally become a focus. Even better is the additional focus this article places on the beneficial effects of breastfeeding on future dietary preferences. Ample research indicates that breastfeeding is definitely ideal when possible. If breastfeeding isn’t an option for you but you’d still like to give your child the benefits of breast milk, try searching for for breast milk donors in your area. Seek out donors who eat a nutrient dense, organic diet whenever possible.

I also want to emphasize the importance of parental diets during breastfeeding and during the preconception period (3 months before conception). To give our children the best chance they have for vibrant health, nutrient dense, healthy diets always need to be a priority for parents especially prior to and during conception. Establishing healthy dietary practices will not only ensure optimal fetal development but it will also provide a positive example for your child. If you’re trying to get pregnant and are interested in the preconception diet that my husband and I followed, please check out The Nourishing Traditions Book of Baby & Child Care. I highly recommend it.