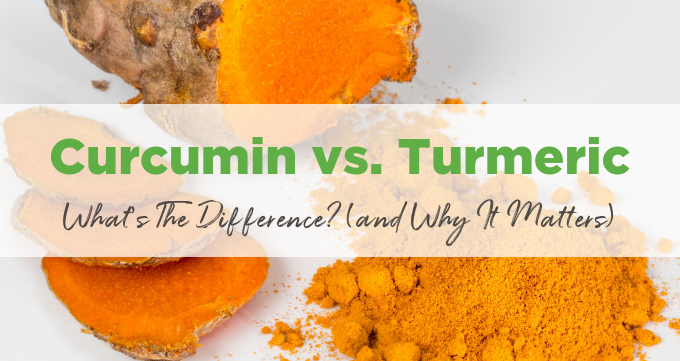 Curcumin vs. Turmeric: What’s The Difference? (And Why It Matters)

They’re both good for inflammation, and they’re both orange… but one’s definitely more expensive than the other...wait, are they the same thing?

Today, I’m ending the mystery! I’m going to explain exactly what the difference between curcumin and turmeric is and I’ll share which one I use and why.

Turmeric Vs. Curcumin - What’s The Difference?

Turmeric is a root that grows underground and looks a lot like ginger - until you break it open and see that inside, it’s bright golden-yellow.

The root is dried and ground into a powder to make a spice that’s used a lot in curries and other Asian dishes.

But that’s not all: it’s also been studied extensively for anticancer, anti-inflammatory, and anti-aging benefits. Research has shown it can benefit people with conditions from vitiligo to Crohn’s disease.

Curcumin is one of the compounds that make up turmeric. It helps give turmeric its color, flavor, and smell. Curcumin is part of the whole turmeric root.

By weight, curcumin makes up about 3-5% of turmeric.

How The Curcumin Confusion Started

When scientists began researching turmeric’s health benefits, they quickly zeroed in on curcumin as being responsible. They thought that curcumin was what really gave turmeric all its benefits.

The scientists started extracting curcumin from turmeric and conducting research on high doses of curcumin alone.

In turn, supplement manufacturers started doing the same thing: extracting the curcumin from turmeric and selling super-potent curcumin-only pills. These curcumin supplements were more expensive than turmeric because they required a lot of turmeric and special processing to produce.

But this turned out to be a mistake...

It’s Not Just About Curcumin

Tons of research has clearly shown that curcumin is a big part of what makes turmeric so great at taming inflammation and fighting off free radicals… it’s just not the ONLY compound that’s important!

Other turmeric compounds like ar-turmerone, α-turmerone, and β-turmerone have antimicrobial, antioxidative, anti-inflammatory and anticancer potential, too.

The scientists realized that all the different compounds in turmeric had a synergistic effect. Together, they were more powerful than they were when any one was isolated.

Mother Nature knew best when she packaged them up together: to get ALL the benefits of turmeric, you need to be consuming the whole plant.

There’s no need to mess with nature’s perfect design. That’s why I only use whole, organic turmeric myself - and why I decided it was time for Paleovalley to create a unique turmeric supplement.

Paleovalley Turmeric Complex contains 1,000 mg of whole, organic turmeric per serving - plus a trio of other DNA-protecting spices: cloves, ginger, and rosemary. 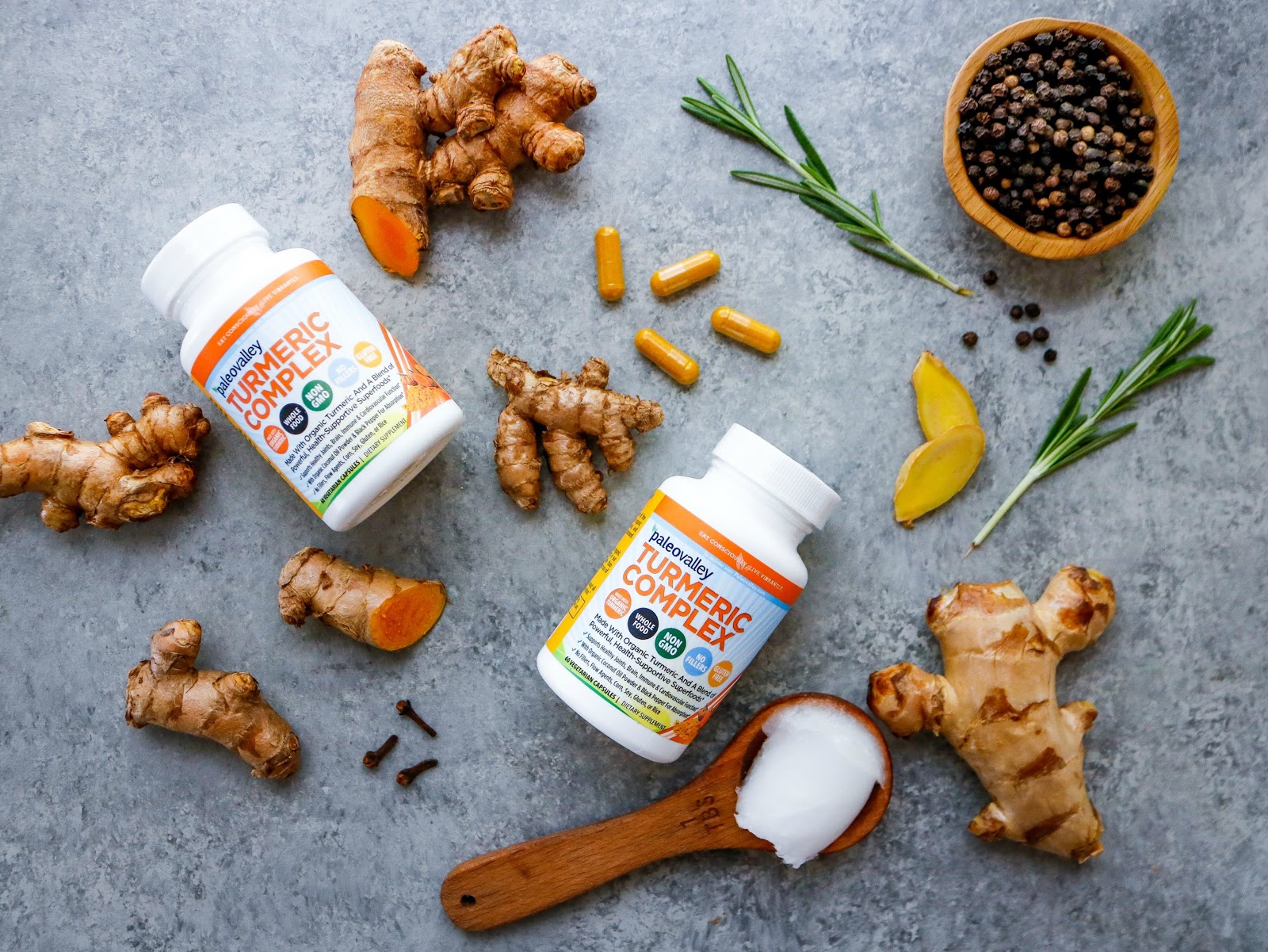 To top it off, we added 2 ingredients proven to boost the absorption of turmeric: coconut oil (since turmeric is fat soluble) and black pepper (boosts absorption as much as 2,000%!).

We also gently heat the whole turmeric before adding it to the capsules as research shows this increases bioavailability even more.

There’s no need to extract anything when whole turmeric is this good!