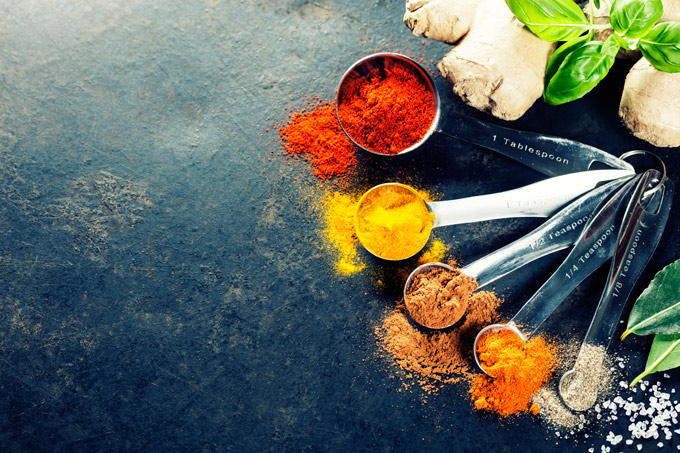 Could Flavor Be The Answer To Our Obesity Epidemic? Article Reveals All

Have you ever wondered why, despite decades of nutritional research, our rates of obesity continue to escalate? It’s a question that often hijacks my thoughts. Historically speaking, nutritional wisdom has focused on the demonization of certain macronutrients in a cyclical manner. First, fat was the obesity-causing culprit….then sugar….followed by animal protein….and now it seems we’re back to sugar. Despite these dedicated years of diligent demonization, our obesity rates are still rising.

Mark Shatzker, author of The Dorito Effect: The Truth About Food and Flavor, talked about this in a recent, fascinating interview with Sean Cruxton. Shatzker believes our failure to elucidate the cause of obesity stems from the fact that we are asking the wrong questions. He poses that we need to stop asking what effects different macronutrients have on our bodies and start asking why people are eating so much more than they used to. According to Shatzker, he has found the answer: our obesity epidemic boils down to flavor.

Shatzker makes a compelling case for the fact that flavor is far more important to our health than many of us acknowledge. In fact, he reports that flavor is a powerful indicator of the nutritional content in our food and that our flavor-sensing equipment (nose and mouth) take up more DNA than any other bodily system. This suggests that they are very important evolutionarily.

Several studies have demonstrated that animals are instinctively drawn to the foods that nourish them. They have also been found to actively avoid toxic foods. This same tendency has also been demonstrated in humans. The foods we enjoy eating should also be those that improve health. Sadly, modern agriculture and the advent of food technology have changed the game dramatically.

“….the flavor coin has two sides. The one side is that flavor technology has gotten better but the other side is that whole foods have gotten incredibly bland. Very simply, we keep changing our crops, we keep breeding broccoli, tomatoes, chicken, beef for better productivity. Our food is cheaper now than it’s ever been, it’s more abundant, it’s more disease-resistant, it’s got better shelf life, but we’ve paid for it in flavor. Every year there’s been this slow drip loss…..everything we grow commercially is all getting blander and blander and blander.”

To add insult to injury, a machine called a chromatogram invented in the 1960’s enabled food scientists to isolate flavor compounds in foods. Scientists were then able to recreate our favorite flavors and inject them into any food they wanted. In other words, they could make a tortilla chip taste like a taco.

But wait! Aren’t our favorite flavors supposed to indicate nutritional bounty? Well yes, and that’s exactly the problem. When these flavors are added to foods without anything to offer but taste, our bodies are confused leaving us nutritionally deprived and hungry. This has caused massive problems. According to Shatzker,

“….(modern) food is selling us a promise that it can’t deliver, so people keep eating.”

“the food crisis we’re spending so much time and money on, might be better thought of as a large-scale flavor disorder. Our problem isn’t calories and what our bodies do with them, our problem is we want to eat the wrong food. The longer we ignore flavor, the longer we are bound to be victims of it.”

In other words, we can no longer rely on flavor to signal nutrition. In fact, as our whole foods have become more and more bland, we can often assume the opposite: the foods with the most flavor may have the least nutrition. Essentially, we have reversed the rules of eons of evolution in the last fifty years! Despite the fact that flavor wasn’t our enemy historically, it seems that it actually might be today.

Perhaps my favorite part of the interview was when he described how flavors are created in the laboratory. Be sure to pay close attention if you have ever wondered what “natural flavors” means when you see it on a label. Pretty shocking…

“…food companies can make the flavors one of two ways: they could take some petrochemicals, from something like coal oil and modify them using high, high tech chemistry to make these individuals chemicals which they would call artificial flavor. Or they could go find other things in nature (plants, bark, yeast) that also have these chemicals you find in a tomato and we can produce these in a factory and refine them, purify them and blend them together.…..technically speaking, the natural flavor is no different than the artificial flavor. It is word trickery.”

What’s even more surprising is,

“….you can create flavors with genetically-modified yeast and call it “natural flavor.”

Thus, the “natural flavors” you see everywhere on labels today are not so natural and should be avoided. To learn more about the hidden and fascinating world of food manufacturing and the science of flavor, please listen to the full interview here. You can also pick up the book The Dorito Effect: The Truth About Food and Flavor. I can’t wait to get my hands on it.

The moral of the story is to stop eating processed foods and start supporting farmers and food producers who take the time to create healthful, organic, flavorful food. It’s the only way we can re-align with our innate dietary wisdom and save ourselves from this obesity crisis. Hopefully, I am preaching to the choir and you have already kicked the “Frankenfoods” to the curb. If not, I hope you join the choir today 😊