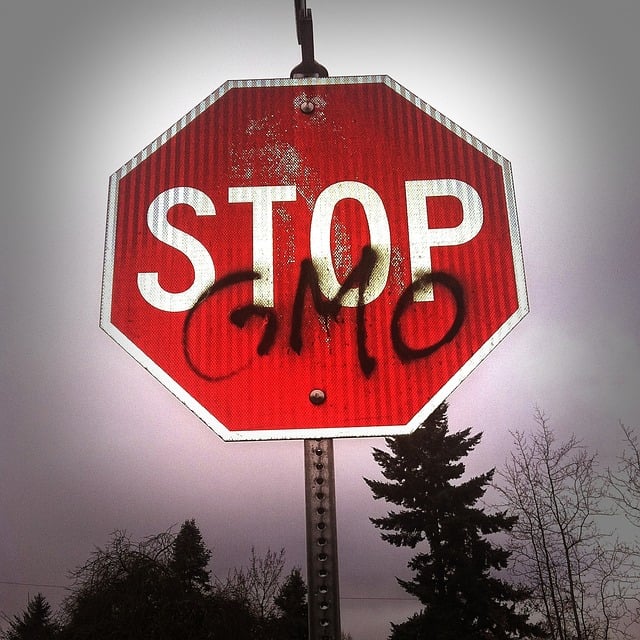 9 Things you don’t know about GMOs but SHOULD

What you Need to Know about GMO's

Currently, there are 9 major GMO crops today including corn, soy, cottonseed, zucchini, squash (yellow crookneck), alfalfa, sugar beets, canola, and papaya but efforts to create other GMOs have been initiated.

These include venomous cabbages that produce scorpion poison toxic to caterpillars, bananas that contains vaccines and “cancer-fighting” eggs that secrete human proteins into the whites of the eggs.

Most GMOs fall into two categories: herbicide tolerant and pesticide producing.
(although there are other applications for this technology).

While science and ingenuity may be fascinating, GMOs involve a gross manipulation of nature with their long term health consequences still unknown.

This is incredibly frightening.

According to Dr. Jeffrey Smith, founder of the Institute for Responsible Technology (IRT), in 2012 Monsanto (the company most responsible for the world’s GMOs) had been voted the most hated company for 11 years in a row.

This company has a nasty track record of declaring their products safe BEFORE adequate testing has been done.

Other products deemed “safe” by Monsanto include PCBs, Agent Orange, DDT and Bovine Growth Hormone. All of these were all later found to have deleterious effects.

Glyphosate, the main ingredient in an herbicide called Roundup, was also recently deemed a “probable carcinogen” in a report released by the International Agency for Research on Cancer, the France-based cancer research branch of the World Health Organization (WHO).

Although human research and experience is yet to validate just how dangerous GMOs are, it’s likely that what we know now is only the tip of the iceberg.

Biotech companies claim that GMOs increase nutritional benefits and productivity, yet these claims are not validated. There is also strong evidence that GMO consumption may have unintended and dangerous consequences.

In other words, GMOs are a gamble that benefit biotech companies, rather than YOU.

So if you or someone you love is still consuming GMOs, here are a few things you should know…
(for a more detailed discussion check out my article, 22 Things You Don’t Know About GMOs but SHOULD here).

GMOs were introduced in our food supply in 1996. Although there are only 9 GMO crops, they can be found in approximately 70-80% of the foods in the United States due to their many derivatives.

The most prevalent source of GMOs is in processed foods. It is estimated that over 60% of processed foods contain at least one GMO ingredient and they’re often hidden in words like “soy, corn, sugar, soy protein, HFCS” and more!

2. Most restaurants are GMO mind fields.

Unless a restaurant is serving organic produce, pasture-fed animal products and organic, unrefined cooking oils, you are likely getting a healthy dose with every meal. I like to call ahead and ask if they serve organic produce and animal products. I do this to simply to heighten their awareness of the demand for higher quality ingredients. You may also use Yelp to locate clean restaurants in your area.

3. GMOs cause damage in animals.

Although GMO advocates proclaim them as safe, in 2009 the American Academy of Environmental Medicine stated that…

These risks include immune disorders, accelerated aging, infertility, and notable changes in certain major organs and the gastrointestinal system.

One study, for example, revealed that half of the babies of mother rats fed GMO soy died within three weeks. A second study found that most hamsters fed GMO soy were unable to have babies by the third generation. These studies are just the tip of the iceberg. Just one more reason to choose high quality animal products such as our 100% Grass Fed Beef Sticks!

4. GMOs are linked to anxiety and depression.

Roundup is an herbicide that kills plants by blocking the shikimate pathway. Although Monsanto claims that humans do not have a shikimate pathway (which supposedly makes is safe for human consumption) that is not entirely true. In fact, although we do not have this, our gut bacteria do.

Our gut bacteria uses the shikimate pathway to produce an amino acid called L-tryptophan. L-tryptophan serves as a precursor to serotonin which is a neurotransmitter essential for maintaining mood balance. When our serotonin production dwindles, anxiety and depression can develop. Therefore, consuming GMOs increases your risk for mental health issues.

5. No long term studies have ever been conducted on humans.

When we consume GMOs, we are participating in the ONLY long-term GMO safety trial EVER conducted in humans. Although the FDA’s job is to ascertain the safety of the foods in our food supply, it doesn’t conduct its own safety research on all GMOs.

Instead, the biotech companies who create GMO seeds are allowed to conduct their own safety testing.

According to Jeffrey Smith, founder of the Institute for Responsible Technology (IRT), these trials are often what he likes to call “tobacco science.” They utilize the wrong control group, the wrong detection method, and the wrong statistics. Their feeding trials are so short that they would never be able to detect long-term health conditions such as reproductive disorder, cancers or birth defects. As he states in his film Genetic Roulette,

What’s worse is that the FDA does not review these tests unless requested by the biotech companies. In other words, the fox is in charge of the chicken coop. To add insult to injury, most biotech companies who sell GMO seeds require their users to sign an agreement that their seeds will NOT be used for scientific studies. In other words, it is nearly impossible to conduct independent research regarding the safety of GMOs.

According to an editorial in Scientific American,

“Only studies that the seed companies have approved ever see the light of a peer-reviewed journal. In a number of cases, experiments that had the implicit go-ahead from the seed company were later blocked from publication because the results were not flattering.”

Essentially, no one is taking responsibility for the safety of GMO foods which is truly frightening.

6. GMOs are harming our children.

Philippe Grandjean and Philip Landrigan, dean for global health at Mount Sinai School of Medicine in Manhattan, reported that a “silent pandemic” of toxins has been damaging the brains of unborn children. In this report they identified 12 chemicals which they believe to be causing a reduction in IQ, ADHD and autism spectrum disorder.

Pesticides were among the toxins identified.

According to Landrigan, if you’re pregnant, eating organic reduces your pesticide exposure by 80-90%.

Children are also far more susceptible to the effects of GMOs due to their increased metabolic rates, higher food consumption, sensitivity to toxins and underdeveloped immune systems. Be sure to feed your children organic, non-GMO foods for best results.

7. Since GMOs were introduced, rates of disease have raised substantially.

While these incidences may be due to a confluence of factors, GMOs in our food supply are likely playing a role.

8. Genetic engineering is NOT a precise science.

Although many have been told that GMOs are developed with precise and predictable technology, this is not the case at all. In the documentary Genetic Roulette, Robin A. Bernhoft, MD (Medical Director of the Bernhoft Center for Advanced Medicine) stated,

“The general public has the impression that genetic engineering is somehow a precise science. More accurately it’s submicroscopic shooting from the hip.”

This process creates hundreds (or thousands) of gene mutations in the DNA which may result in thousands of unpredictable changes in the gene expression. The effect of this new, foreign gene sequence confounds the immune system resulting in inflammation and a subsequent rise in degenerative disease risk.

Despite these incredibly disconcerting facts, you have far more power than you realize. In fact, here are 3 ways you can make a difference...

Although the government doesn’t regulate the use of GMO crops, you can. Go organic, avoid GMOs altogether and create demand which will eventually reduce the cost of organic foods for everyone.

Here’s a link to the non-GMO shopping guide to get you started today. You can also get the free iphone app called Shop No GMO.

As we discussed above, most processed foods contain GMOs. Avoiding them is one of the simplest way to avoid them AND improve your health simultaneously.

Despite the fact that I advocate eliminating GMOs from your diet, if you love GMO’s and prefer to eat them, I think that should be your choice. Consumer awareness simply gives us a choice. This should be a right, not a privilege and in several countries, it already is. Help the U.S. be one of the countries that encourages transparency in food supply consumerism, there should be no other way.

If more people become aware of the damaging effects of GMOs, it is more likely food manufacturing companies will remove GMOs from their products. This happened in Europe in 1999. Within one week most major food companies agreed to remove GMO ingredients. Be sure to share this article and encourage your friends, family and loved ones to eliminate GMOs.

Let’s avoid the potential pitfalls of GMOs by sticking to the foods that have nourished and sustained us for millions of years.

Future generations are relying on us, and we need to take this seriously.

Here’s to eating organic, spreading the word and fighting for labeling!