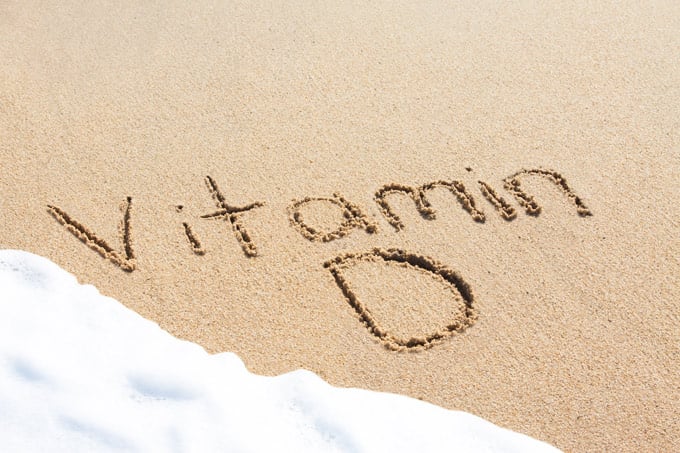 5 Symptoms That Show You May Have A Vitamin D Deficiency

Despite what you may think, you are most likely NOT receiving adequate vitamin D from your diet. In fact, today most Americans are considered vitamin D deficient. This is due to the fact that vitamin D is notoriously difficult to obtain via the diet. According to Dr. Michael Holick, a leading vitamin D researcher and author of The Vitamin D Solution, approximately 50% of the general population is at risk of vitamin D deficiency and insufficiency.

Vtamin D deficiency has not always been recognized as a serious health threat. However, research occurring since the year 2000 has shown that it is a bigger issue than was once believed.  Dr. Holick warns that vitamin D deficiency can increase the risk of cardiovascular disease (stroke, heart attack, hypertension), autoimmune disease, infections (including influenza), DNA repair and several cancers.  He states:

Dr. Joseph Mercola, another researcher in this area, argues that vitamin D sufficiency is incredibly important…

“Researchers have pointed out that increasing levels of vitamin D3 among the general population could prevent chronic diseases that claim nearly one million lives throughout the world each year.”

He also states that,

“...it seems like the biggest impact is cancer. I mean it’s affecting almost 1 in 2 people. The impact of vitamin D can help reduce this by 50%.”

Thus, optimizing your vitamin D status is an incredibly important step you can take to decrease your risk of many of today’s most deadly diseases. Most experts agree that an optimal range is between 50-80 ng/ml. A blood test called the 25 (OH) D or hydroxyvitamin D test is the most accurate way to determine your precise vitamin D status.  Here are 5 indicators that you may be suffering from a vitamin D deficiency taken from an article entitled, 7 Signs You May Have A Vitamin D Deficiency by Dr. Joseph Mercola. View the full article here.

Serotonin, the brain hormone associated with mood elevation, rises with exposure to bright light and falls with decreased sun exposure. In 2006, scientists evaluated the effects of vitamin D on the mental health of 80 elderly patients and found those with the lowest levels of vitamin D were 11 times more prone to be depressed than those who received healthy doses.

As you age, your skin produces less vitamin D in response to sun exposure. At the same time, your kidneys become less efficient at converting vitamin D into the form used by your body, and older adults tend to spend more time indoors (i.e. getting even less sun exposure and therefore vitamin D).

3. You’re Overweight or Obese (or Have a Higher Muscle Mass)

Vitamin D is a fat-soluble, hormone-like vitamin, which means body fat acts as a "sink" by collecting it. If you're overweight or obese, you're likely going to need more vitamin D than a slimmer person.  The same holds true for people with higher body weights due to muscle mass.

According to Dr. Holick, many who visit their doctor for aches and pains, especially in combination with fatigue, end up being misdiagnosed as having fibromyalgia or chronic fatigue syndrome.

5. You Have Gut Trouble

Note: vitamin D is a fat-soluble vitamin.  If you have a gastrointestinal condition affecting  your ability to absorb fat, you may have lower absorption of fat-soluble vitamins like vitamin D as well. This includes gut conditions like Crohn’s, celiac and non-celiac gluten sensitivity, and inflammatory bowel disease.

I am a huge advocate of using dietary measures to achieve nutrient sufficiency whenever possible. However, due to the difficulty in obtaining vitamin D from diet alone, I recommend sun exposure as a first line of therapy for keeping vitamin D levels within the optimal range. For those of you who live in locations with adequate sunshine year round, expose as much of your skin possible for about half the time it takes you to obtain a sunburn.  Do this approximately 2-3 times per week. It is best to have sun exposure between the hours of 10 am - 1 pm. Unfortunately, this may not be enough for everyone.

There are other factors that affect your ability to make vitamin D from sun exposure. These include your latitude, altitude, skin color, antioxidant levels, season and weight. Also, the closer you live to the equator, the more likely you are to receive adequate vitamin D year round. For example, if you are living in Montana, it is going to be far more difficult for you to keep your vitamin D levels within the optimal range as compared to those living in a sunny state like California. If you're interested in estimating how much vitamin D you're probably making, consult the “D Minder.info App”, developed by Dr. Michael Holick. It is an aid to estimate how many units of vitamin D you are likely producing. In addition, it also predicts approximately how long you should stay in the sun before burning. It is important to note that you cannot produce vitamin D from the sun through a glass window. You must be outside.

For those of you living in areas where obtaining vitamin D from the sun is not realistic year round, you might  look into vitamin D supplementation. Dr. Holick recommends 3-4,000 Iu per day to obtain “optimal levels” of 40-60 ng/ml.