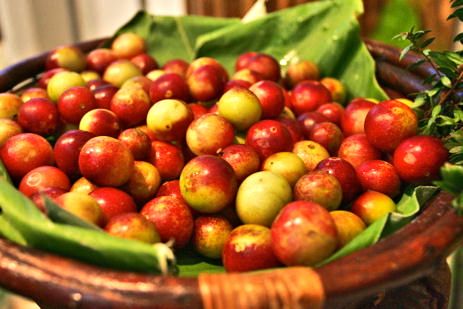 Your Brain Needs This

Are you Getting Enough?

We all know our brains run the show, working 24 hours a day to keep us functioning like we should.

But without enough vitamin C, it can’t do that.

In fact, it starts to degrade without it.

Sound drastic? Here are just 5 of the many ways vitamin C benefits your brain:

1. It Can Increase Your IQ

Studies show that individuals suffering from vitamin C deficiency score lower on IQ tests when compared to those receiving adequate amounts of the vitamin.

They also reveal that when vitamin C-deficient children were given adequate dosages of it, they were able to improve their non-verbal IQ scores by an average of 4 points!

Research reveals that elderly people who eat a vitamin C-rich diet and supplement with it are 68% less likely to experience severe cognitive decline than those who don’t.

That statistic is staggering. Why is this not talked about more??

Scientists now also believe that oxidative stress plays a major role in the development of Alzheimer’s. Because vitamin C is such a powerful antioxidant, it neutralizes free radicals in the brain that threaten to steal our memories.

3. It Aids in Neurotransmitter Production

Did you know the human brain contains about 86 billion neurons? In order for it to send messages to the rest of your body, these neurons have to be able to communicate with one another first.

How do they do that?

Vitamin C is essential to the brain’s production of neurotransmitters, which play an important role in concentration, motivation, alertness and memory. Without enough of them, we end up with brain fog, memory loss and fatigue.

4. It Reduces the Likelihood of Stroke

Vitamin C can even protect against cerebrovascular disease – a group of conditions that affect blood supply to the brain. It does so by preventing thickening of the artery walls.
Perhaps that’s why people with the highest blood concentrations of vitamin C have the lowest risk of suffering a fatal stroke.

On the flip side, that same study showed that individuals with low blood concentrations of vitamin C were just as likely to suffer a fatal stroke as those with high diastolic blood pressure.

5. It Helps the Brain Detox

Nowadays our world is full of toxic chemicals.

Obviously, these things shouldn’t be hanging around in our brains – but they are there nonetheless.

Because vitamin C is an antioxidant that crosses the blood-brain barrier, it acts as a powerful detoxifier. Remember how I mentioned the brain likes to “hold on” to vitamin C? It does this to protect itself from damaging toxic intruders.

Oh, and let's not forget – vitamin C can make you happier too!

Dopamine, serotonin and norepinephrine are our “feel good” chemicals – and all of them need vitamin C.

It’s no wonder we’re so excited about our new Essential C Complex!

It’s made with pure, WHOLE foods – a welcome alternative to virtually every other vitamin C supplement that’s derived from GMO corn. It features foods like:

Aka nature’s most potent sources of vitamin C!

Each serving contains 750% of your recommended daily amount of vitamin C and NO additives, gluten, soy, dairy or anything else that should never be in a supplement.

Why 750% ? Because the RDA is the bare minimum you need to survive. We think you deserve to thrive.

>>> Click Here to Get Your First Bottle & Feel the Whole Food Difference Yourself!

Get exclusive deals, health tips, and product updates simply by providing your email address below: