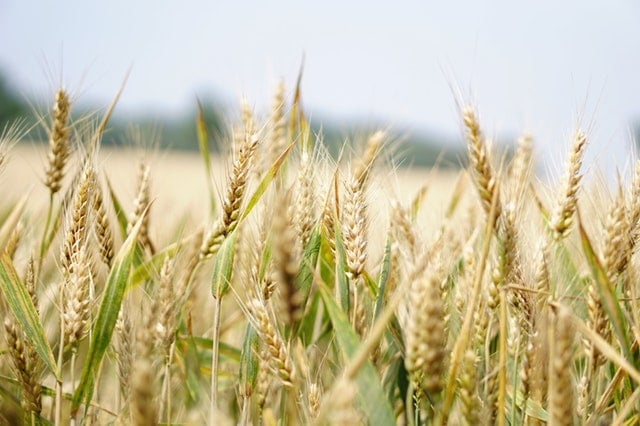 Is this common “health food” DESTROYING your gut?

Is Wheatgrass Ruining Your Health?

Have you ever been told that wheatgrass has amazing health benefits? If so, keep reading because even though many health experts claim wheatgrass:

Certain experts like Dr. William Davis, author of Wheat Belly remain skeptical. And that's because wheatgrass, is well....GRASS. Which humans are NOT designed to eat.

Not eating grass is just intuitive.  But history also shows us that even when starving populations, like North Korea, were forced to consume grass and tree bark, they became ill. And yes animals DO eat grass, but they also come with special equipment that allows them to do so such as...

Sadly, even if don't eat your lawn or pound wheatgrass shots, you still might be eating grass. In fact, almost every greens powder on the market contains a heavy dose of cereal grasses, often in their raw (not juiced) form.

Why? Cereal grasses are dirt cheap.

Unfortunately, because you can't digest grass, buying a cereal-grass-heavy greens powder is like flushing money down the toilet. But that's not even the worst part. Cereal grasses have other, far more serious issues.

“Undigested WGA exerts peculiar gastrointestinal and inflammatory effects in its passage through the human digestive system, such as blocking gallbladder and pancreatic function and exerting direct toxic effects on intestinal tissue.”

WGA has also been found to interfere with proper insulin signaling, vitamin D absorption and is implicated in the development of autoimmune disease.

And if that isn't reason enough to avoid cereal grasses...Be sure your greens powder is gluten free, it may not be!

Wheatgrass is the young grass of the wheat plant, known as tritium aestivum. Proponents claim that wheatgrass is free of gluten because gluten is found in the seed of the plant, only after it matures. And while that CAN be the case, if it's harvested just a little too late or made on equipment that processes gluten, it could still contain gluten.

The scary part is, most companies do not have to ensure against cross contamination.

So for those hoping to avoid gluten and other gut-damaging proteins like WGA due to a gluten sensitivity, Celiac’s Disease, leaky gut or health optimization, please BEWARE. Certain experts believe that WGA may be as responsible for the health-damaging effects of wheat as gluten is, and many of those who are gluten sensitive, also have an issue with WGA.

If you just don't feel "right" after consuming wheat grass or your greens powder, this is probably why. There are MANY case reports of gluten-sensitive individuals feeling terrible whenever they consume wheatgrass (or other cereal grasses, especially barley).

This has been my personal experience, too.

Fortunately, due to the fact that I LOVE getting my daily greens and preserving my gut health, my team and I created an awesome alternative... our Organic Supergreens Powder.

This nutrient-rich greens powder contains 19 organic superfoods and no cereal grasses or GLUTEN. The best part? It's seriously minty and refreshing. Even our 2 year old loves it and always begs for more “ninja juice!”

Enough said.
We hope you try it and love it as much as your gut will! There’s nothing else on the market like it so here’s the link one more time.