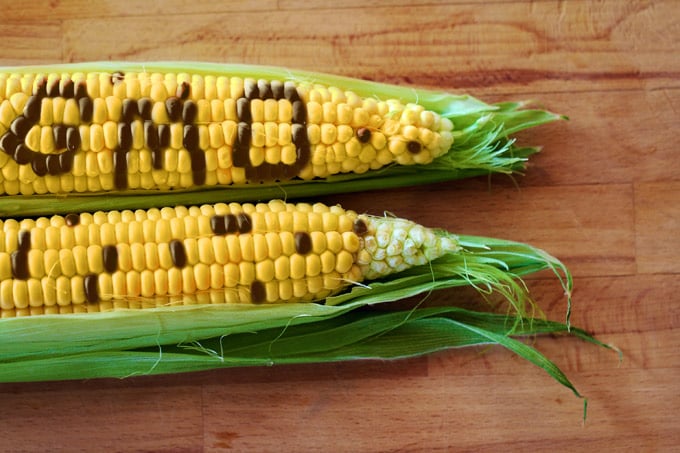 Another Blow for GMOs: Mutant Roundworms Found to Be Resistant To BT Corn

GMOs are everywhere! In fact, it is estimated that they are present in approximately 70% of the American food supply. While Monsanto, the world’s largest producer of GMOs, claims that their use is safe and advantageous, a dearth of animal research suggests otherwise. Even the International For Research On Cancer, a branch of the World Health Organization (WHO),  recently acknowledged that glyphosate (the active ingredient in Monsanto’s Roundup) is “probably carcinogenic (cancer-causing).” New evidence is now emerging that Monsanto’s other prized GMO crop, Bt corn, may have problems of its own. Here are some highlights from a Newsweek article on the failure of GMO corn here.

“One of industrial agriculture’s biggest GMO crops may have just backfired. Scientists have confirmed that corn-destroying rootworms have evolved to be resistant to the Bt corn engineered to kill them.

Bt stands for Bacillus thuringiensis, the name of the genetically modified corn’s “donor” organism. Bacillus thuringiensis is a naturally occurring soil bacterium that produces protein crystals that bind to certain receptors in the rootworm’s intestine, killing it. For years, farmers have planted Bt corn as an alternative to spraying insecticides. Bt corn accounted for three-quarters of all corn planting in 2013. That may have to change.”

“After finding a cornfield in Iowa in 2011 that was decimated by rootworm despite being planted with the Bt corn, Iowa State University entomologist Aaron Gassmann and his team began to study the pests’ interactions with the genetically modified organism (or GMO) corn in a lab. Their study, published Monday in the Proceedings of the National Academy of Sciences, describes the western corn rootworm’s rapid evolution after feeding on the engineered crop.”

Sadly, the failings of the Bt corn aren’t being met by a reduction in their use, as would be expected. In fact…

“But Bt corn is still capable of warding off other pests, so farmers will likely keep planting it. Except now they’ll need to use pesticides to protect their crop from rootworms. As entomologists warned the Environmental Protection Agency in 2012, rootworm resistance means that the environmental advantage of Bt corn—that it could be raised pesticide-free—may disappear.”

According to Aaron Grassman (the Iowa State University Entomologist), this is not our best option.  He stated..

“Unless management practices change, it’s only going to get worse,” Gassmann told Wired. “There needs to be a fundamental change in how the technology is used.”

“Crop rotation is the best tool. Generally, one year of soybeans in a field with resistant western corn rootworms wipes out that population. The beetles will lay eggs that hatch, but when larvae try to feed on soybean plants, they don’t find the nutrients they need and they die.”

Newsweek article concurs as well that…

I have been anti-GMO from the beginning. My stand is mostly due to the failure of producing ANY long term human studies demonstrating their safety. I also know many people and clients (like myself) who feel better after removing them from their diets. These two reasons are enough for me. Now that scientists have deemed Glyphosate a probable carcinogen, and Bt corn hasn’t accomplished what it was designed to do, there truly is no reason to consume them - at all!

Do yourself and your family a favor -- avoid all GMOs! Always opt for organic, local produce at your farmer’s market or grow your own. At the very minimum, be sure to purchase non-GMO project-verified foods. Join me in practicing this precautionary principle of eating only the foods that our ancestors consumed for millions of years. This is truly the best way to guarantee vibrant health.